The coupon code you entered is expired or invalid, but the course is still available!

The Exchange Traded Fund (ETF) is one of the fastest growing investment vehicles in the world, with over $3T in assets globally. Its adoption has been driven by its low cost, transparency and tradability. Despite this rapid growth, there are very few high-quality resources for investors & industry professionals to train themselves on both the fundamentals and advanced nuances of ETFs. The ETF Education Academy provides world-class online ETF training designed by experienced professionals. 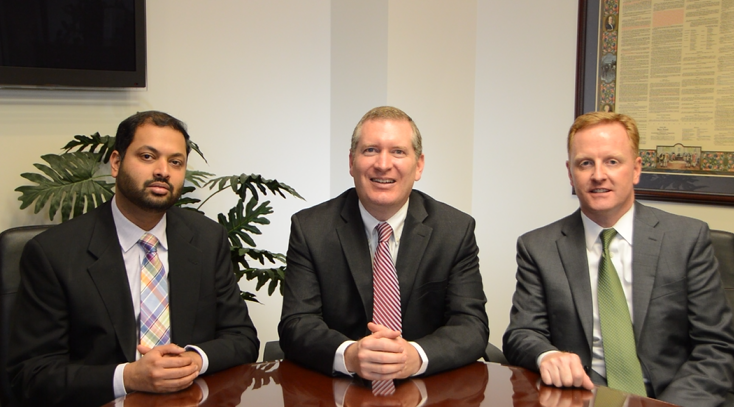 Aniket Ullal is the founder of First Bridge Data, a California based provider of specialized ETF data & analytics to institutional clients. The firm's ETF data sets include daily ETF holdings, global ETF reference data, smart beta classifications and risk metrics. Previously Aniket worked at S&P Indices in New York, where he had responsibility for S&P’s US indices, including the widely followed S&P 500 and S&P/Case-Shiller indices. His extensive expertise in the ETF & indexing domain includes successfully establishing new ETFs in partnership with leading ETF sponsors and designing new financial indices. These indices have over $300B in ETF assets tracking them. He is the author of ‘ETF Investment Strategies’ (McGraw-Hill; 2013), a popular book on ETF based investing. Aniket is a featured contributor for Nasdaq.com where he writes a regular column about ETFs. Prior to S&P, Aniket worked at Infosys Technologies and with Andersen’s strategy consulting practice. Aniket has graduate degrees in finance and business from Northwestern’s Kellogg School of Management and the Indian Institute of Management (Ahmedabad).

John Lunt is the President of Lunt Capital Management, Inc. John has created a variety of diversified, tactical investment strategies used by financial advisors around the country. John co-created the methodology for eight index strategies calculated by S&P Dow Jones Indices. He has been a featured speaker at investment conferences around the country, and has written extensively about financial markets. John is a charter member of the ETF Strategists Roundtable for key influencers associated with ETF management. From 2001 to 2014, he served on the board of Utah Retirement Systems (URS). John is currently a member of the investment committee for the Utah Educational Savings Plan (UESP). John completed the Program for Advanced Trustee Studies at Harvard Law School and finished a number of courses at the New York Institute of Finance on trading and portfolio management. He formerly worked on the Washington, D.C. staff of U.S. Senator Robert Bennett. John graduated from Brigham Young University with a Bachelor’s degree in Economics and later received an MBA in Finance and International Business from New York University.

Ryan Hessenthaler is the COO of Lunt Capital Management, Inc. Prior to joining Lunt Capital, Ryan was a Finance professor and Director of the Center for Financial Analysis at Westminster College and currently serves on the Board of Trustees for Westminster. Ryan also served as Finance VP for Children’s Miracle Network Hospitals, a non-profit organization which has raised billions of dollars for hundreds of children’s hospitals throughout North America. He was responsible for overseeing the organization’s endowments, pensions, and investment portfolios as well as leading a cross-functional team responsible for collecting, analyzing, and reporting all performance metrics for the organization. Ryan has extensive experience with financial modeling, research, building rules-based investment methodologies, and analysis. Ryan currently serves on the boards of Utah Retirement Systems (URS) and the Utah Council for Citizen Diplomacy (UCCD). Ryan graduated from the University of Utah with a Bachelor’s degree in Political Science and later received an MBA in Finance from Westminster College.

When does the course start and finish?
The course starts now and never ends! It is a completely self-paced online course - you decide when you start and when you finish.
How long do I have access to the course?
How does lifetime access sound? After enrolling, you have unlimited access to this course for as long as you like - across any and all devices you own.
What if I am unhappy with the course?
We would never want you to be unhappy! If you are unsatisfied with your purchase, contact us in the first 30 days and we will give you a full refund.
off original price!

The coupon code you entered is expired or invalid, but the course is still available!